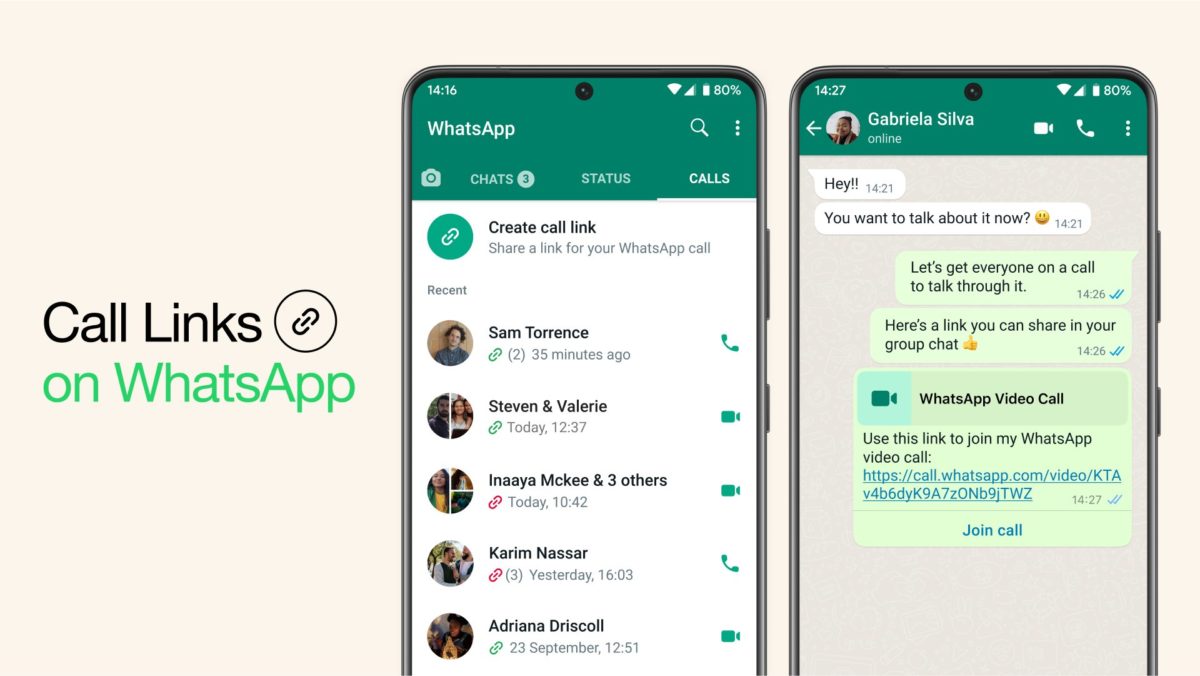 Zoom and Google Meet are similar platforms for scheduling group video calls in advance by creating and sharing a link with our relevant contacts. According to reports, the popular WhatsApp apps will soon introduce a new feature called Call Link, which will allow users to create and share links for pre-arranged video calls.

Mark Zuckerberg has announced this feature on his official Facebook account, where he mentioned now users are able to join WhatsApp video calls with a single tap on the sharing link, and the company is also testing secure and encrypted video calls for up to 32 contacts. To find this option, users can navigate to the calls tab and locate the “create call” link above their recent contacts. After creating the link, users can now share it with their contacts in order to invite them to participate in video calls.

It’s been reported that this feature will be made available to all users sometime this week, so you may want to start keeping an eye out for the latest app updates on WhatsApp. Nevertheless, it is unquestionable that this feature did not make a significant difference, given that applications such as Zoom and Google Meets have existed with such a function for years, but in light of the fact that WhatsApp has a massive user base, this Call Links feature is something that is welcome to the users in order to make their lives easier.