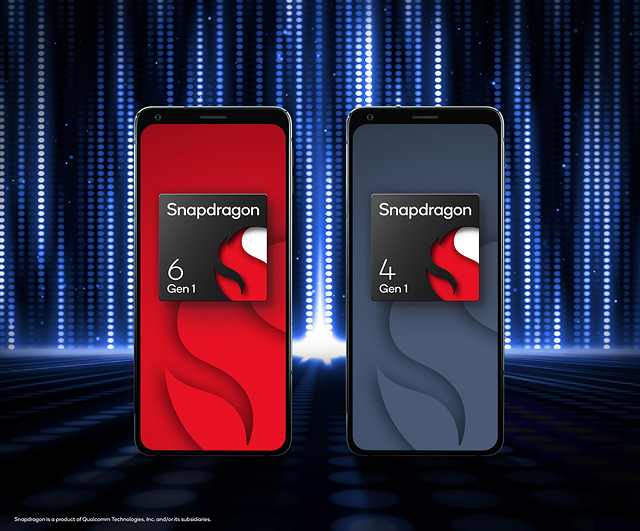 Qualcomm is now extending the branding to its more affordable chipsets by releasing its latest mid-range chipsets, the Snapdragon 6 Gen 1 and Snapdragon 4 Gen 1. These chipsets are designed to provide more premium features and more efficient designs to more budget friendly Android smartphones.

The Snapdragon 6 Gen 1 chipset is a 4nm chip targeted for mid-range smartphones. The processor, according to Qualcomm, “fuels dynamic experiences with continuous power and performance,” but there are two crucial points to consider.

The first is in the camera department. The triple image signal processor (ISP) allows cameras with resolutions up to 108 MP and now supports staggered HDR, which is a first for the Snapdragon 6 series. It also supports 4K HDR video recording at 30 frames per second, slow-motion 720p video capture at 240 frames per second, hardware-based multi-frame noise reduction, and AI-based face detection, auto-focus, and auto-exposure.

In terms of performance, the 4nm technology should result in greater overall power efficiency and a slightly more powerful processor. Qualcomm predicts a 40% increase in total performance and a 35% improvement in graphics over the previous version. There is compatibility for Wi-Fi 6E as well. The chip is based on four Cortex-A78 and four Cortex-A55 cores.

Other features to mention include support for fast charging through Qualcomm Quick Charge 4+, dual-frequency GNSS (L1/L5), Sensor-Assisted Positioning, and and up to FHD+ 120Hz support for the device’s display.

Qualcomm’s Snapdragon 6 Gen 1 is slated to arrive in new devices as early as the first quarter of 2023, with Motorola confirmed to be using the CPU and presumably in a Moto G series smartphone.

On the other hand, the Snapdragon 4 Gen 1 is a 6nm chip designed for lower-cost smartphones. Qualcomm says that the chip has a battery life of more than a day and a CPU boost of 15% and a GPU boost of 10% compared to the last generation. This chip, like the 6 Gen 1, can support a 108MP camera, but it doesn’t have 4K. The chip is constructed with two Cortex-A78 cores and six Cortex-A55 cores.

When it is released in the third quarter of 2022, the iQOO Z6 Lite will be one of the first smartphones to use the Snapdragon 4 Gen 1.