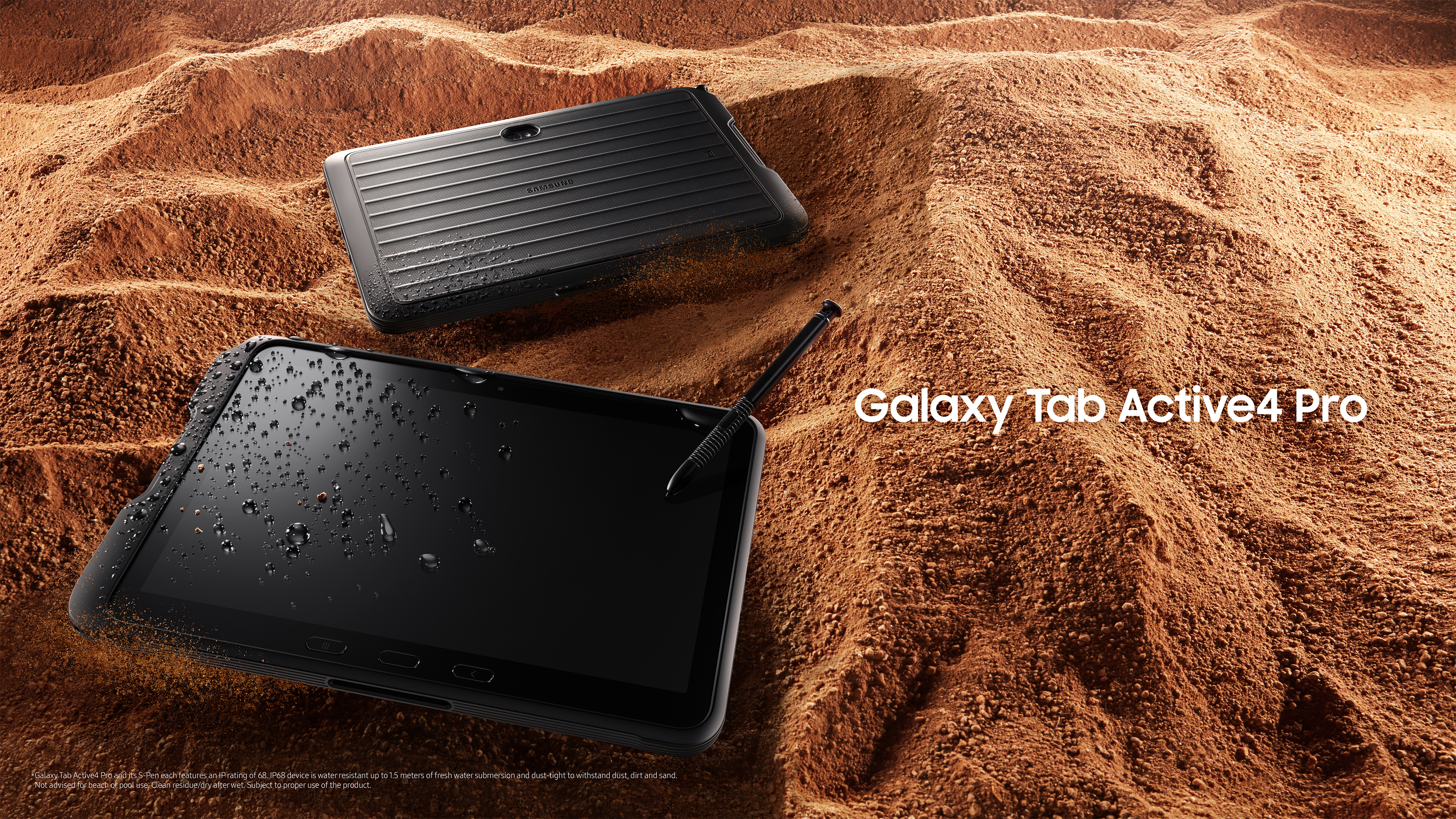 Samsung has launched the Galaxy Tab Active 4 Pro, a tablet that combines power, security, and durability for individuals who require a tablet that can withstand even the most demanding work situations. On top of that, the tablet’s main selling feature is that it complies with MIL-STD-810H military standards for toughness, meaning it can resist the roughest settings.

The device has a frame thickness of 10.2mm, a weight of 674g, and a 10.1-inch 1920×1200 TFT LCD touchscreen with Gorilla Glass 5 on top. Samsung asserts that Gorilla Glass 5 will perform better than other types of toughened glass and can withstand drops of up to 1 metre, or 1.2 metres when used with the included protective cover.

The Galaxy Tab Active 4 Pro is powered by a 6nm Octa-core processor and is available with either 4GB of RAM and 64GB of storage or 6GB of RAM and 256GB of storage. Both can expand storage by up to 1TB via microSD cards. Internally, it carries a 7,600 mAh removable battery, a POGO rapid charging and a No Battery Mode that allows the tablet to be externally powered without a battery by connecting it to the mains, even in areas with extreme temperatures.

Other noteworthy features, the Galaxy Tab Active 4 Pro and S Pen pen are equipped with an IP68-rated S Pen stylus that is resistant to dust and moisture and can withstand up to 30 minutes of submersion in 1.5 meters of freshwater. Android 12.0 is preinstalled on the Samsung Galaxy Tab Active 4 Pro, and Samsung will provide five years of security updates and three years of operating system updates.

In addition to the aforementioned features, the Galaxy Tab Active 4 Pro has programmable keys that make it easier to access important apps with the touch of a button, a display that accepts input even when the user is wearing gloves, and speakers that are significantly louder, making it easier to hear alerts in a busy or noisy environment. Despite the significance of the hardware, Samsung’s One UI interface provides security where necessary via its Knox platform.

The durable tablet is designed for professionals who will use the device in an outdoor situation such as factories, hospitals, mines, civil engineering sites, and so forth. The Galaxy Tab Active4 Pro will be available in Europe beginning in September, and other markets, including Latin America and North America, will be available later this year. Nevertheless, the tablet’s official price has yet to be revealed by Samsung.