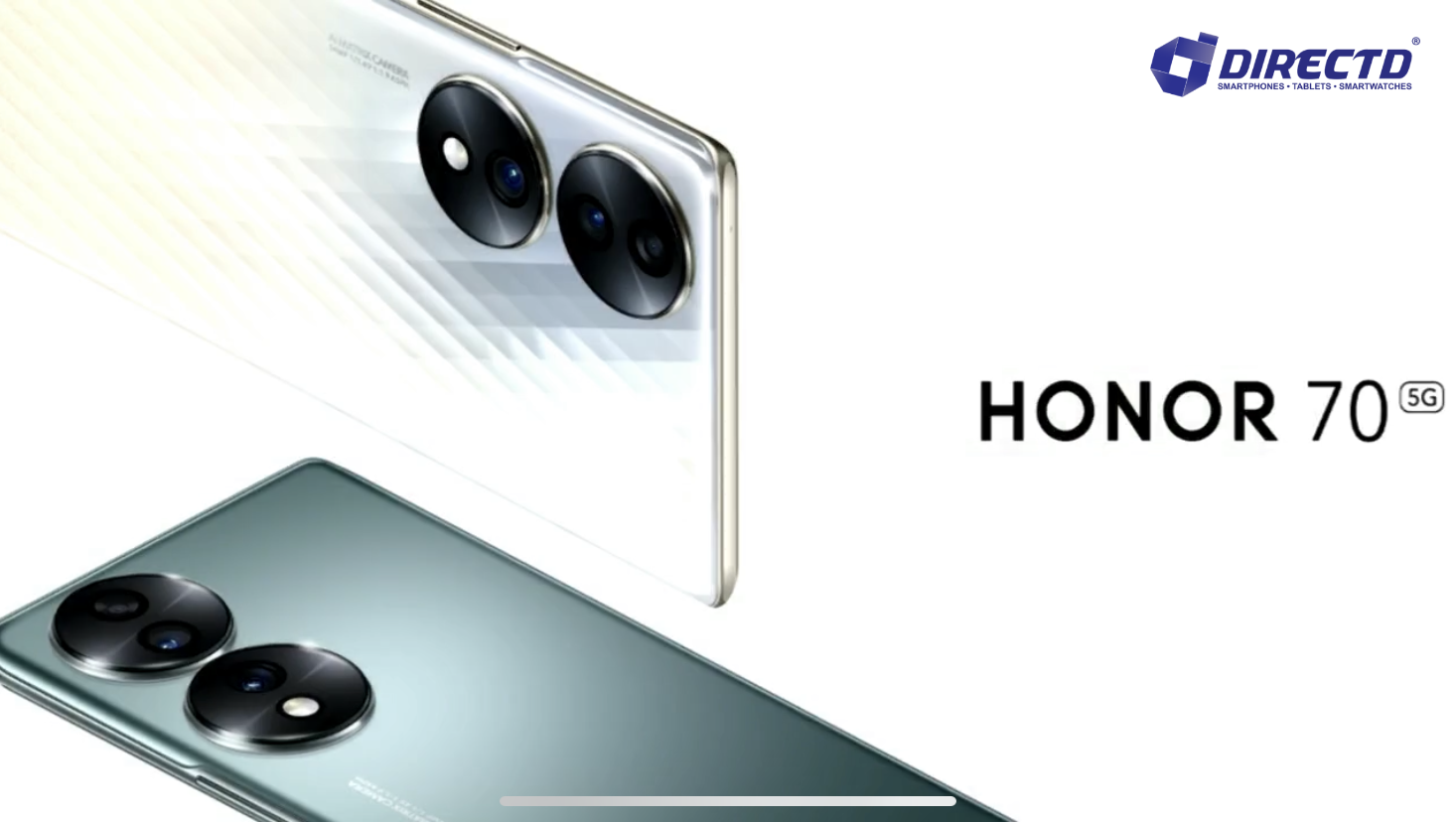 Honor has officially released a number of new devices, including a new midrange 5G phone, the Honor 70, the first midrange Honor tablet for the Malaysian market, the Pad 8, and the MagicBook 14.

Initially, the Honor 17 was first introduced in China back in May, despite the fact that it has three models within the Honor 70 Series, including Pro and Pro+ variants, but only the base model is being offered in Malaysia at this time.

The Honor 70 is a mid-range smartphone that features a 6.67-inch OLED display with native Full HD+ resolution, 120Hz refresh rate, 100 percent DCI-P3 color gamut coverage, and curved edges. The device is powered by a Qualcomm Snapdragon 778G+ CPU. The Malaysian storage configuration only offered in single storage of 8GB of RAM and 256GB of storage along with Magic UI 6.1 pre-installed on top of Android 12 operating system.

In terms of photography, the Honor 70’s primary camera is equipped with a 54MP Sony IMX800 sensor and f/1.9 lens. In addition, the rear camera module had a 2MP f/2.4 depth camera and a 50MP ultra-wide camera with an f/2.2 lens that could be used for macro photography at a distance as near as 2.5cm. On the front, the smartphone has a 32MP f/2.4 punch-hole camera positioned in the top-center of the screen for selfies and video calls.

Other notable features include a 4800mAh battery that reportedly provides an entire day of energy life for the phone. The Honor 70 comes with a 66W SuperCharge charger that allows the phone to recover 60% of its battery capacity in just 20 minutes. The phone is available in three colourways – Crystal Silver, Emerald Green, and Midnight Black.

In addition to the smartphone, Honor unveils the mid-range Pad 8 tablet, which features a 12-inch IPS display with 2000 x 1200 pixel resolution, 60Hz refresh rate, and 350 nits of maximum brightness. In addition, it includes eight speakers with DTS:X Ultra compatibility and a 7,250 mAh battery with 22.5 quick charging and 5W reverse charging capabilities. The device’s core components include a Snapdragon 680 CPU, an Adreno 610 GPU, up to 6GB of RAM, and 128GB of internal storage. A single 5MP primary camera is located on the rear of the tablet, while a second 5MP sensor is located on the front for its selfie camera.

For pre-order purposes, you may directly head on to DirectD’s official website and you will be entitled to receive a complimentary gift worth up to RM1,026 within the pre-order period. In the meantime, here is the breakdown of the official price released for the Honor’s latest device: