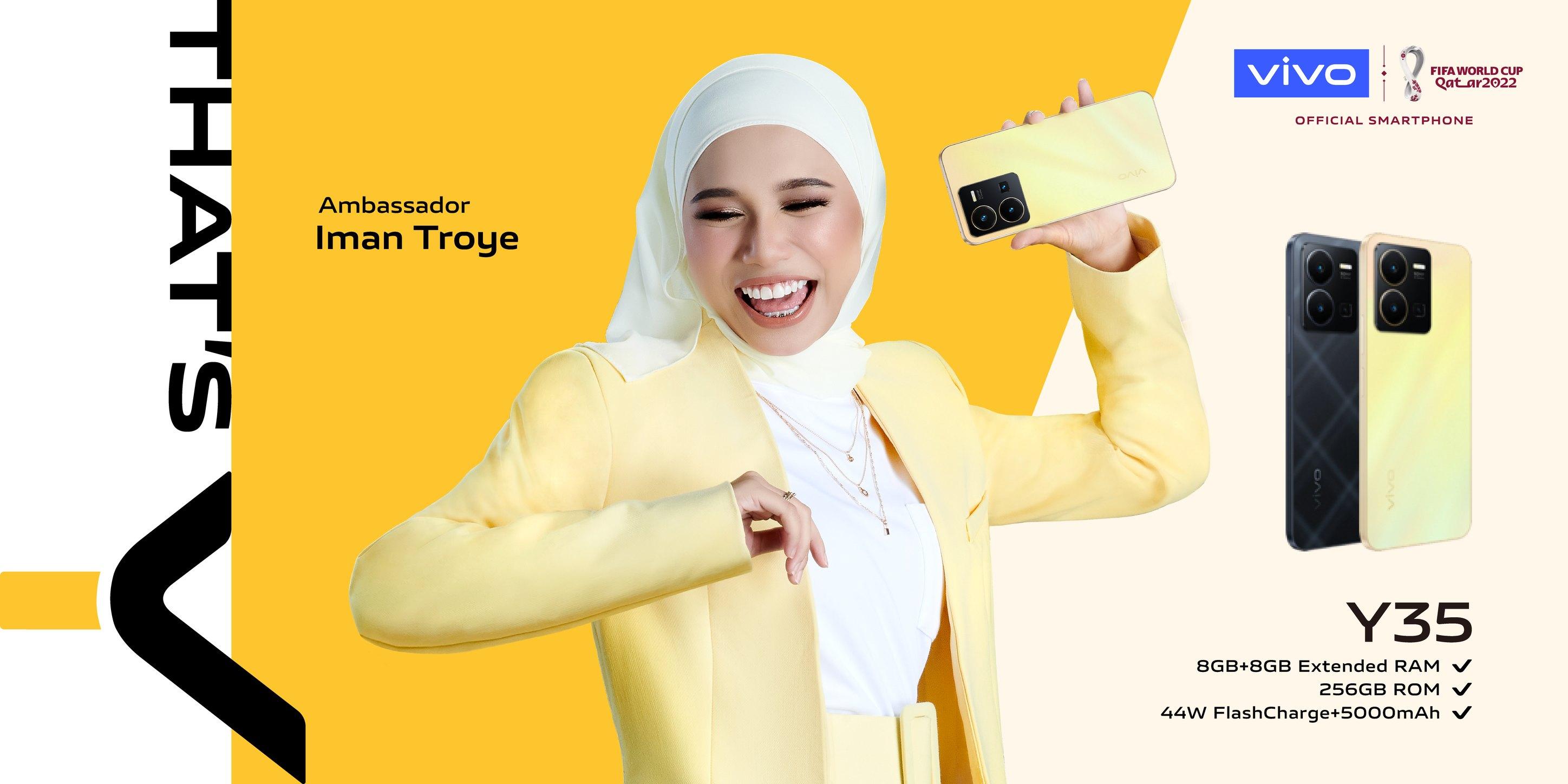 The vivo Y35, a successor to the vivo Y33t, was formally unveiled by vivo as another budget-friendly smartphone. Let’s summarize its specifications, the Y35 is powered by a Qualcomm Snapdragon 680 (6nm) processor and has only one internal storage configuration, 8GB of RAM and 256GB of ROM. Notably, the smartphone will enable up to 8GB of virtual memory extension. Aside from that, it will ship with FuntouchOS 12, which is based on Android 12.

The Y35 model arrives with a triple camera setup on the rear that consists of a 50MP primary sensor, 2MP bokeh shooter, and another 2MP macro lens whilst the selfie camera sports a 16MP sensor on the front. Internally, it packs with a 5,000 mAh battery that supports 44W FlashCharge rapid charging.

The phone appears to have the same measurements as its predecessor, measuring 164.3 x 76.1 x 8.28mm and weighing at 188g. Furthermore, other features include a 6.58 inch FHD+ LCD display, dedicated microSD card slot, and a USB Type C charging port.

Last but not least, the official price of vivo Y35 is RM1,099 and it is available in two colors (Agate Black and Dawn Gold). The pre-order period will run from today until August 16th, and those who order during that time will be eligible for special complimentary gifts worth RM547 along with exclusive complimentary gifts from DirectD.