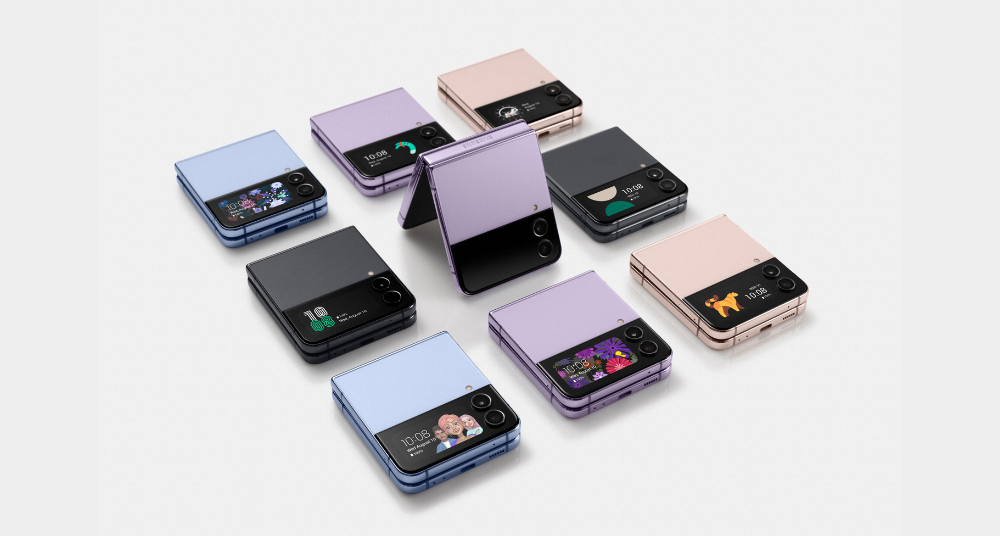 Samsung’s latest generation of foldable flagship smartphones, the Galaxy Z Flip4 and Galaxy Z Fold4 are officially unveiled along with a new Galaxy Watch5 series and new Galaxy Buds 2 Pro. Here is a rundown of everything Samsung has to offer following yesterday night’s presentation of its annual Galaxy Unpacked event for 2022. To make things even more exciting, the pre-order period has started and will go on until September 1, 2022.

Let’s head on first to the Samsung Galaxy Z Fold4. The newer model of the Galaxy Fold has reduced its bezels, so it seems to be slightly more compact than its predecessor. Additionally, the aspect ratio of both displays has been altered to make them more user-friendly. The new generation features a slew of significant changes, including a 25W quick charging system that can recharge a device to 50% capacity in just 30 minutes, as well as a new 50MP main camera module and 10MP 3x tele module.

Move to the next Galaxy Z Flip4, despite having the same display size as its predecessor, the body ratio of Galaxy Z Flip4 appears to be slightly smaller. Thus, it features an internal 6.7″ inch 1-120Hz Dynamic AMOLED display (FHD+, 22:9) and an external 1.9″ inch cover display, which has expanded functionality on this updated generation. Thanks to the more powerful Snapdragon 8+ Gen 1 chipset and the larger 3,700mAh battery with quicker 25W charging where you can anticipate a longer battery life.

On the other hand, the Samsung Galaxy Buds2 Pro are built 15% smaller than their predecessors in order to make them more pleasant to wear. They use the Samsung Seamless Codec to deliver high-quality 24-bit audio over Bluetooth 5.3. (AAC is also supported). There are two sound drivers (a tweeter and a woofer) and an option for 360 Audio. In comparison to the original Buds Pro, the Active Noise Cancellation has been upgraded and now reduces noise by an additional 3dB.

The Samsung Galaxy Watch5 and Watch5 Pro are the first versions to incorporate Sapphire Crystal, which is 60% more scratch resistant than the glass used in prior generations. The Pro variant also includes a titanium shell and the largest battery of any Samsung watch to date, 590mAh, as well as rapid charging as little as 8 minutes charging for 8 hours of usage. The health and exercise tracking elements are also pre-loaded such as ECG, body composition, sweat loss, and sleep tracking.

To encapsulate, here is the breakdown of the official pricing for the Samsung Galaxy latest device in Malaysia:

As aforementioned, pre-order begins today at any DirectD outlets and DirectD official website while you also will be entitled to redeem all the exciting complimentary gift such as Samsung e-voucher worth up to RM650, along with Samsung Care+ 1 year extended warranty and also the Black Standing Cover with Pen worth RM369 and Black Flap Leather Cover worth RM379.