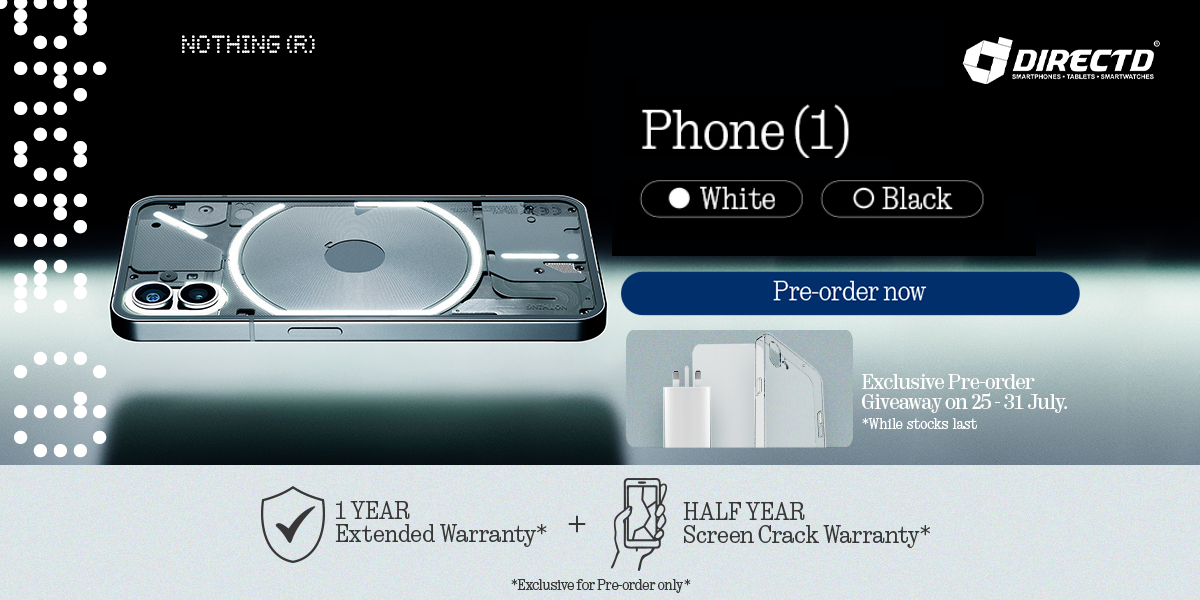 While the majority of current smartphones have three to four rear cameras, Nothing is pleased to have just two cameras on the back of the Phone (1) that produce excellent results as opposed to having three or four shooters with mediocre performance.

“They stack cameras. Think more is more. But more just means more cameras of lower quality. For an illusion of innovation. More lidar sensors you’d never use. More for the sake of it. Just to take more from you. So Phone (1) has just two cameras. Two superb ones. Not four mediocre ones,” said Nothing.

Nothing only included two cameras on its smartphone: a primary camera and a wide-angle camera. The primary camera of Nothing Phone (1) features a 50MP Sony IMX766 1/1.56″ sensor with an aperture of f/1.88, while the 50MP ultra-wide camera has a field of view of 114°. The camera system is equipped with both OIS and EIS.

The Phone (1) also includes Night Mode and Scene Detection, with the latter automatically identifying what you’re capturing and recommending the optimum settings. In terms of video, the phone can record at up to 4K resolution and 30 fps. It can also shoot 1080p videos at 60 fps and you can record video with 1 billion colors.

Nothing has also designed a couple methods for integrating the Glyph Interface with the camera. When shooting videos, the LEDs on the LEDs on the back can be used as a ring light and generate a soft but not overly warm light. When the camera timer is activated, the Glyph Interface can also be used to display the remaining time. Furthermore, when capturing videos, you can enable a red LED, which is similar to professional video cameras.

That being said, once we receive the Nothing Phone (1) in our studio, we will provide a full camera review as well as photo and video samples. Meanwhile, have a look at the attached tweet below showing a sample shot of Nothing Phone (1), given by Nothing itself.

Last but not least, you can pre-order the Nothing Phone (1) on our official website until July 31st, 2022, and customers who have pre-ordered are invited to our first sale event on August 1st, 2022 located at the DirectD Gadget Mega Store PJ, to pick up your phone while receiving an extra free gift with their purchase. In addition, you will automatically be entitled to a one-year extended warranty as well as a half-year screen crack warranty. In the meantime, keep updated with DirectDMedia for further information.