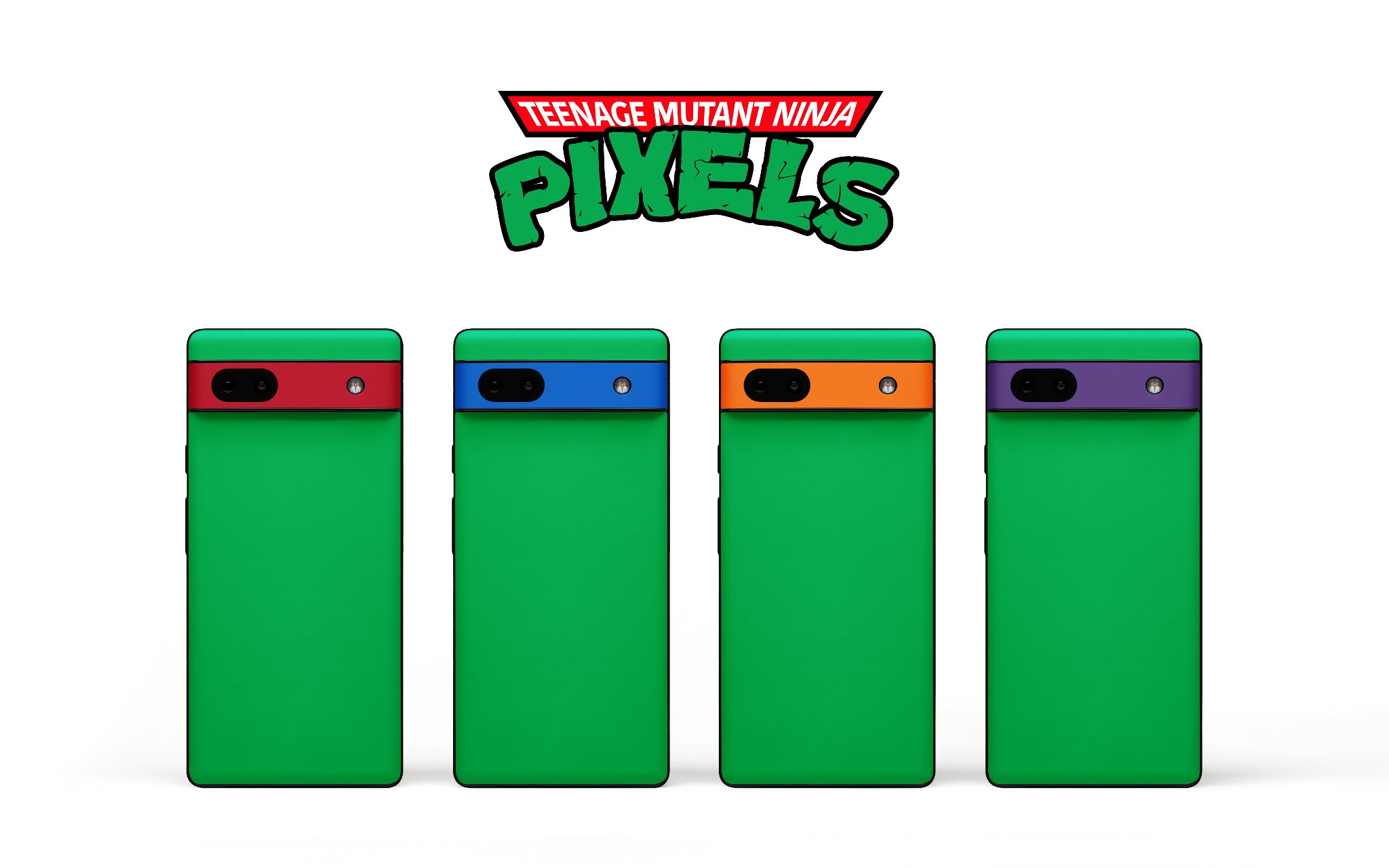 Dbrand is back with their “Teenage Mutant Ninja Pixels” (TMNP) skins just in time for the Google Pixel 6a’s debut, ahead of the anticipated Pixel 6a pre-order announcement. For those who do not know, Dbrand is a Canadian company that creates customisable skins, cases, screen protectors, and plates for a variety of smartphones, desktops, and gaming consoles.

The innovative camera bar design of Google’s Pixel 6 series phones is one of its most appealing features. If the strip’s finish was a different color than black, such as blue, orange, purple, or red, it would appear just like the Teenage Mutant Ninja Turtles. And now that you can’t deny the resemblance, Dbrand wants to help you transform your Pixel 6 phone into one of your favorite childhood heroes.

Dbrand has launched Teenage Mutant Ninja Pixels decals for all three Pixel 6a phones in anticipation of the upcoming release of Google’s newest phone, the Pixel 6a, next week. Included are four camera decal strips in the colors of Leonardo, Michelangelo, Donatello, and Raphael to complement the green heroes-in-half-shell and their masks.

The Pixel 6a TMNP skin is currently available for $24.95 and will ship in early August. Dbrand also offers a microfiber cloth and helpful instructional videos to aid with the installation of its skins.  If you prefer, the TMNP skin is also available for the Pixel 6 and Pixel 6 Pro at the same price.

Google has opened pre-orders for the Pixel 6a in 13 different countries.

The Pixel 6a will be available for purchase on July 28th for $449 USD (~RM1999.31). The company announced on its official Google Support page that it may now be purchased in Australia, Canada, France, Germany, Ireland, Italy, Japan, Puerto Rico, Singapore, Spain, Taiwan, the United Kingdom, and the United States. The Google Pixel 6a is available in three colors: green, white, and black, albeit the green hue may not be available everywhere. In the UK and the US, you may get it from the Google Store and from authorized partners like Amazon.