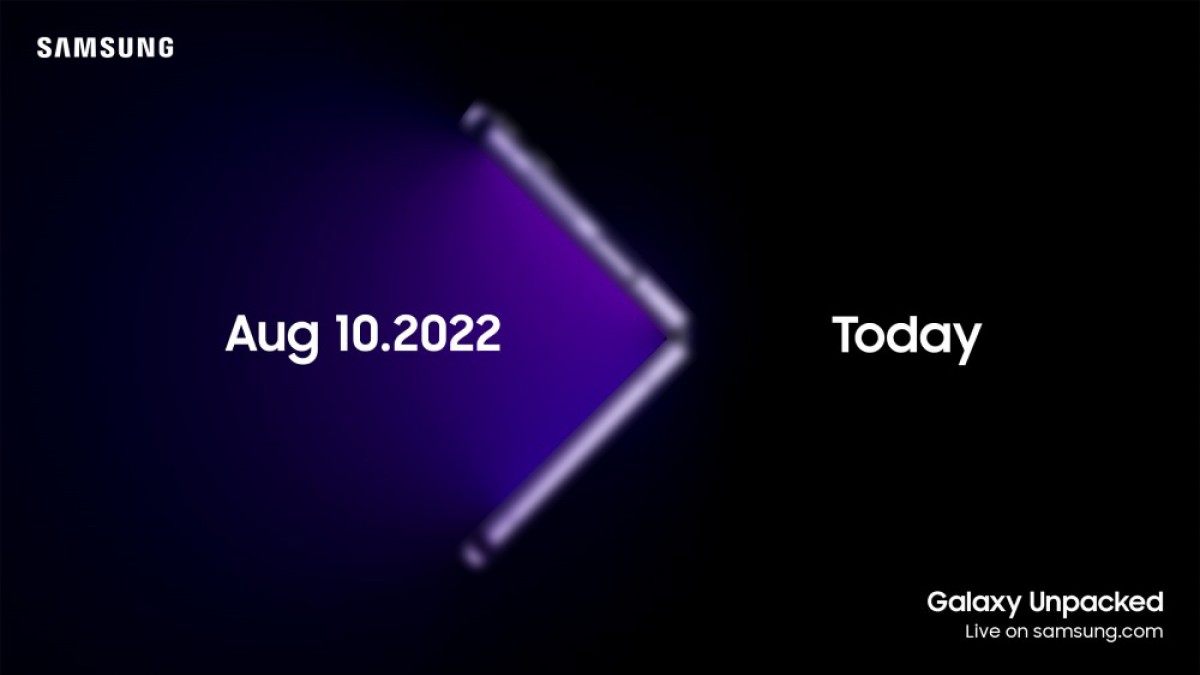 The next Galaxy Unpacked event is confirmed to take place on 10 August 2022. The event will be dubbed “Unfold Your World,” the same theme used last year when the Samsung Galaxy Z Fold 3 and Z Flip 3 flagships were debuted. The much-anticipated Samsung Galaxy Z Fold 4 and Galaxy Z Flip 4 foldable flagships, as well as the new Galaxy Watch 5 and Watch 5 Pro smartwatches, are set to be unveiled. According to the recent reports, we may also see the next-generation Samsung Galaxy Buds 2 Pro wireless earbuds.

Let’s have a look at all the devices that could be revealed at the next Samsung Unpacked event – the Galaxy Z Fold 4, Galaxy Z Flip 4, Galaxy Watch 5 and more.

The device will be powered by the Snapdragon 8 Plus Gen 1 chip, a newer and faster chipset that should help improve battery life. Additionally, it will likely include 12GB of RAM and 256/512GB of internal storage. We may be able to obtain significant design improvements. According to rumors, the Z Fold 4 will include a less obvious crease and a transition to a single-hinge mechanism, which will enhance the folded “effect” and make the device more sturdy and lightweight. Aside from that, the Z Fold 4 is anticipated to keep its 7.6-inch, 120Hz inside display and 6.2-inch, 120Hz outside display.

There were earlier rumors that the smartphone will include a dedicated slot for the S Pen, but this turned out to be untrue. The phone will continue to support the S Pen, but will likely have a case for storing it. Additionally, IPX8 water resistance will likely remain.

The forthcoming Samsung Galaxy Z Flip 4 will be substantially identical to the Galaxy Z Flip 3 from the previous year. It will have the same design and size, according to reports. The phone is rumored to use the same enhanced hinge mechanism as the Fold 4, reducing the visibility of the crease. We anticipate at least 8GB of RAM and 128GB of internal storage on the device, which will be powered by the same Snapdragon 8 Plus Gen 1 Chipset. According to reports, the smartphone will also retain its IPX8 water resistance certification and will include a slightly larger exterior display.

3D renders of the Samsung Galaxy Buds 2 Pro wireless earphones were leaked more than a week ago via 91Mobiles. The photos suggest that the design will be nearly comparable to the original Galaxy Buds Pro. It is believed to be available in White, Graphite, and so-called “Bora Purple” tones, the same as the Galaxy Z Flip 4’s recently speculated color. We have little information regarding the device’s specifications, although rumors suggest it will feature a slightly higher battery capacity and potentially superior audio.

Nevertheless, we cannot wait for 10 August to arrive. The precise information won’t be known, but just like the previous years, we are pretty sure we’ll get to see lots of leaks and rumours before the event even started.