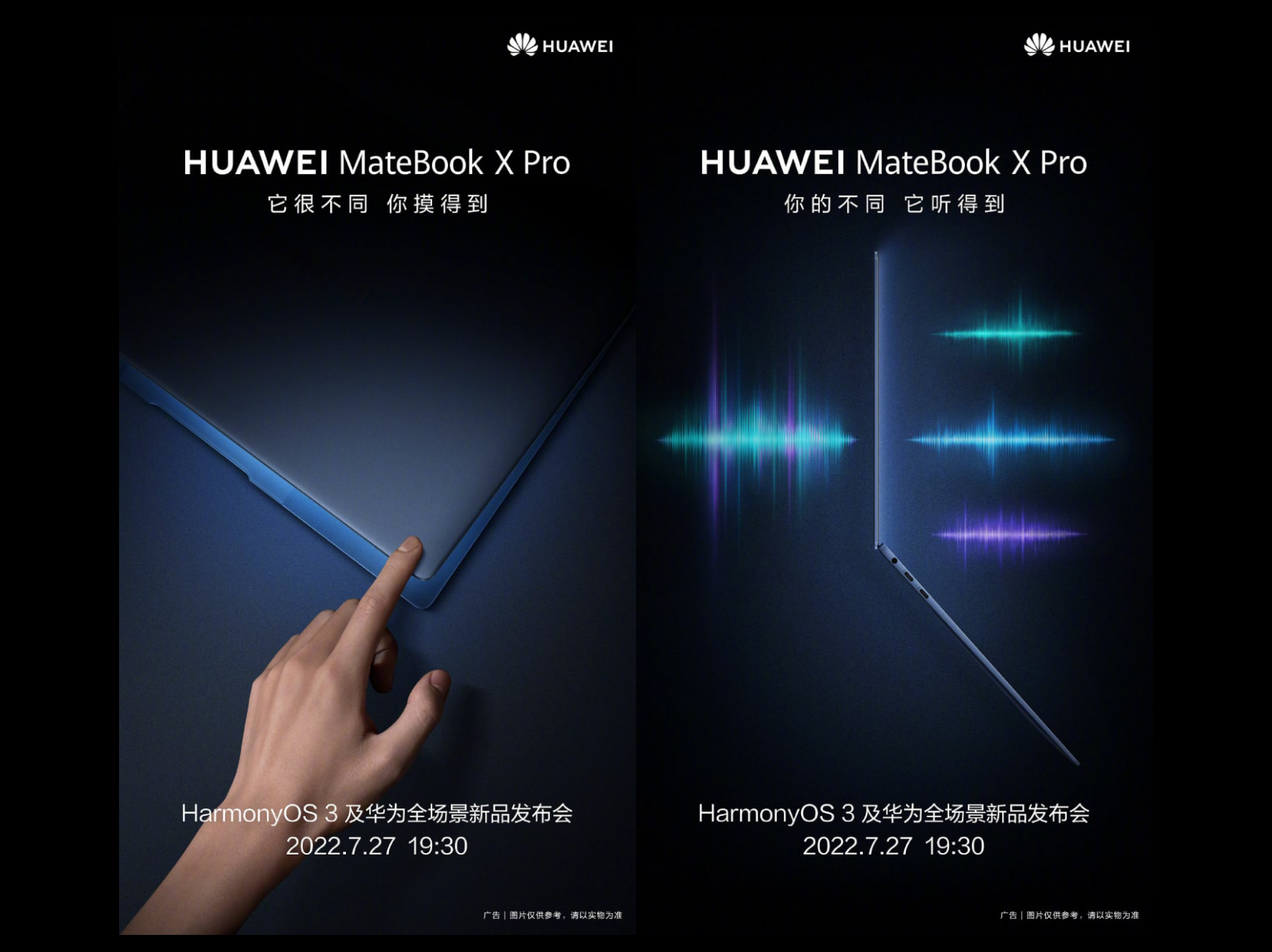 Huawei confirmed few days ago that another incredible product will be introduced – the MateBook X Pro 2022 for the upcoming HarmonyOS 3.0 launch event on July 27. Furthermore, the Chinese tech giant has published an incredible teaser for this impending promotion.

The first teaser for the forthcoming 2022 Huawei MateBook X Pro displays the sensors that will be included in this notebook.

The second hint suggests that the MateBook Pro 2022 would come with an upgraded sound system.

“Your difference can be heard,” wrote Huawei in the second teaser.

Huawei will also launch the MatePad Pro 11, a tablet with a circular camera and a slim shell in addition to the MateBook X Pro. The Huawei MatePad 11 Pro’s render was leaked on Twitter yesterday.

The leaked image clearly shows that the next tablet will have the iconic star ring lens design of the Mate series. Huawei has maintained to create a product line that is instantly recognizable.

The new tablet is also anticipated to come with a smart stylus and a smart keyboard designed to boost user productivity. Since both of them will be released at the same time, the tablet and HarmonyOS 3 are expected to be integrated where it can also profit from the ecosystem of Harmony OS 3 that will be developed.

On the other hand, the company has already announced that the HarmonyOS 3.0 operating system, which will include new features and provide a new experience for consumers, will be released on July 27.

1 thought on “HarmonyOS 3.0 will be released alongside the New Huawei MateBook X Pro 2022”