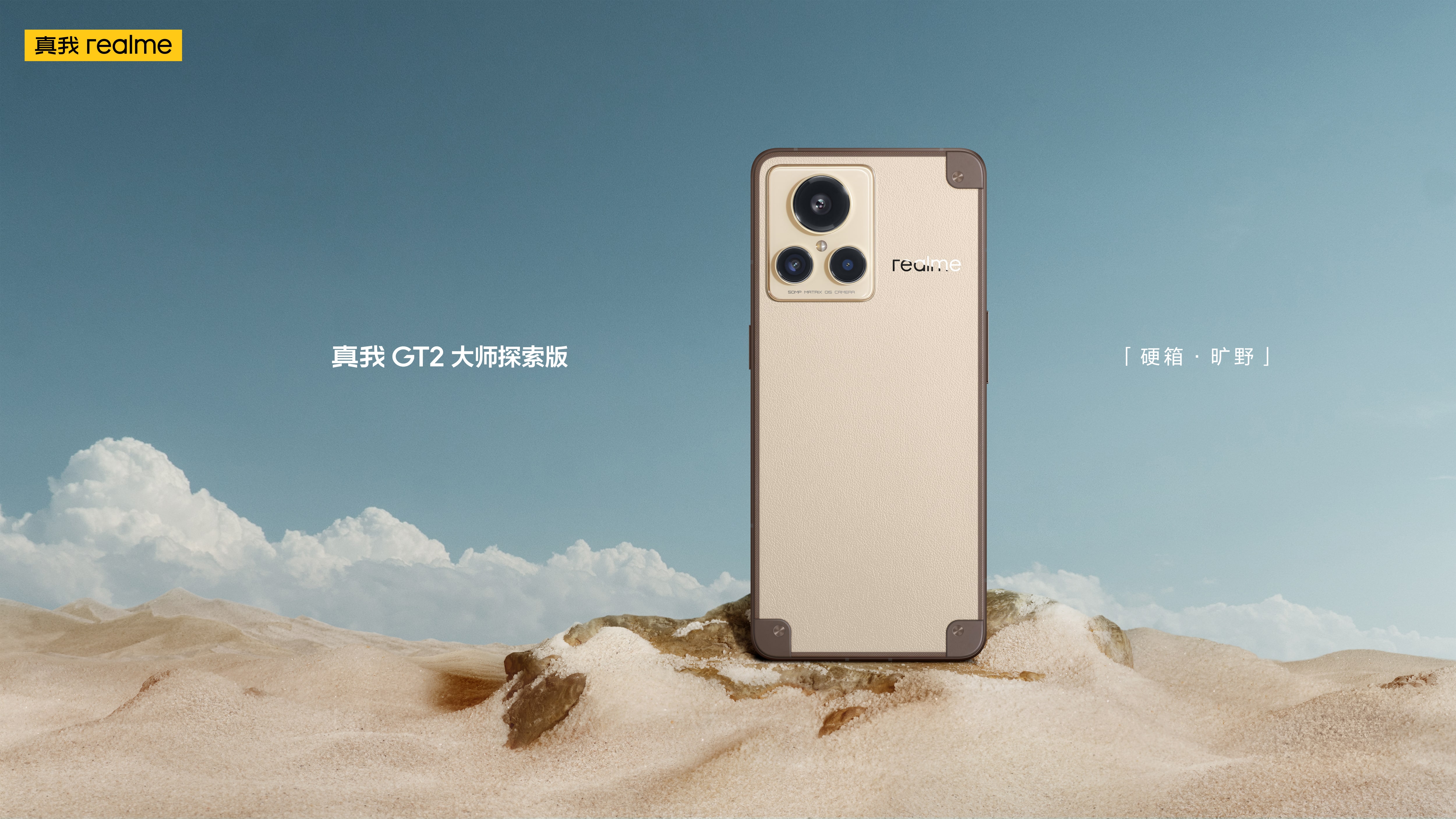 Realme has just revealed that the Realme GT2 Master Explorer Edition will be released on July 12, at 2:00 p.m. Beijing time, and today, realme went one step further by revealing the smartphone’s actual design via its official Weibo account.

The design is also rather distinctive, with a leather-like texture on the back and a metal frame reminiscent of a medieval book cover. A promotional video explains the rationale behind the aesthetics, with its designer Jae Jung stating that the design is influenced by travel trunks of olden days explorers.

In terms of the camera design, features one large lens, two smaller ones underneath, and a dual LED flash in the middle, the camera’s design is similar to the GT Neo3 series. A leaked image also showed flat sides, while the bottom is expected to have a USB-C connector, speaker grille, and microphone (3.5mm audio jack is extremely unlikely).

Fortunately, we won’t have to wait much longer, as the device will be unveiled as soon as next week.