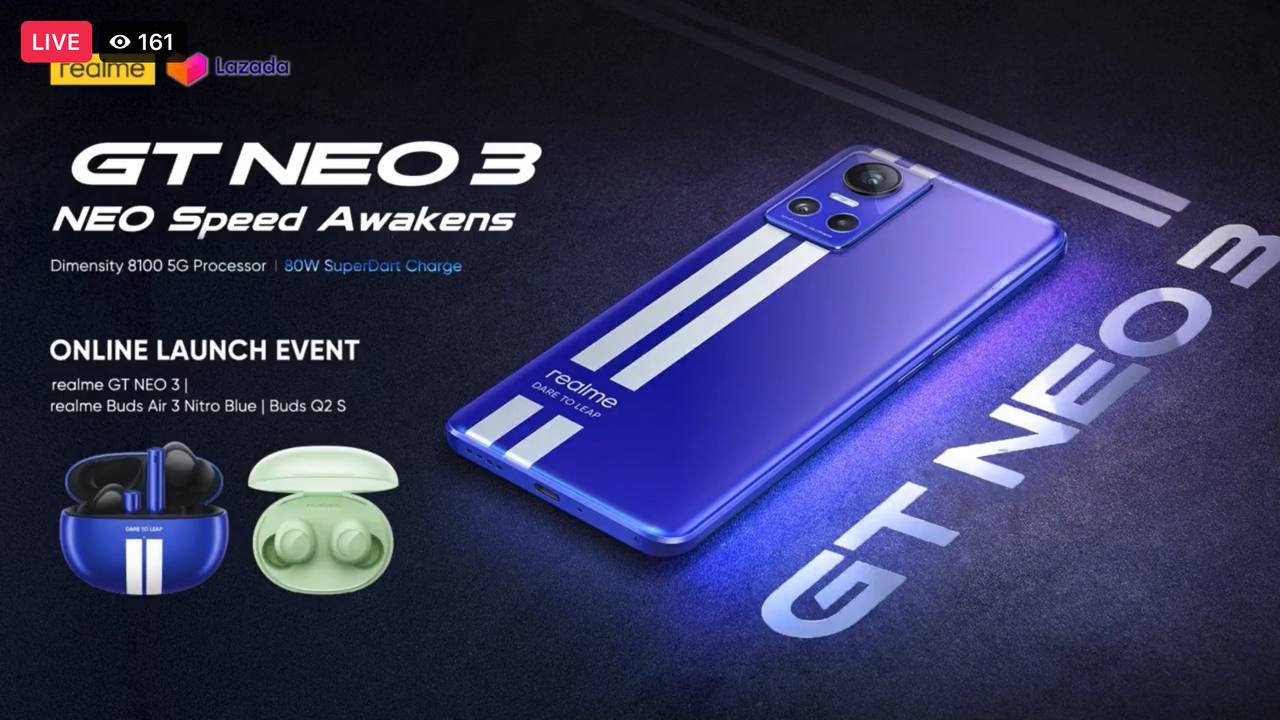 Here’s some recap for realme GT Neo 3 specification. Powered by MediaTek Dimensity 8100 5nm chipset, together with a 6.7-inch AMOLED 120Hz reality display and has a very thinner side bezel of 1.48mm and bottom bezel of 2.37mm.

In fact that it’s design was inspired by speed thus it has a unique racing stripe design on back panel and it offers two appealing colours of Nitro Blue and Sprint White. Equipped with a 50 MP rear camera while built with Sony IMX766 + OIS Image Sensor as realme claimed that it is able to capture a great photo quality during a low light condition.

On top of that, it also provides 80W SuperDart charge that is able to power up 5000mAh battery up to 50% in just 12 minutes and that could save you more time to charge your smartphone before going to sleep.

For the Malaysian market however, realme GT Neo 3 comes with only one variant. The official price of realme GT Neo 3 with 8GB RAM and 256GB ROM is listed at RM2,099 and is available for pre-order starting 15th June 2022 until 17th June 2022. For customers who successfully pre-order at DirectD will be entitled to redeem complimentary gifts.

Other than that, realme Buds Air 3 in Nitro Blue will also be available to purchase at RM279 and you can match with your realme GT Neo 3 smartphone.